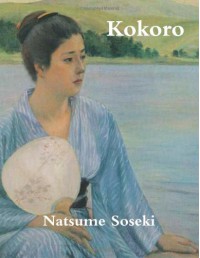 I found the first two parts of this book compellingly brilliant -- and had decided that the book was an allegory. The narrator of Parts I-II, who speaks in the first person, is not the author (note the ages/dates), but an exemplum of Japanese Modernity -- where Sensei is an exemplum of the Meiji period. But by the end of Part III, this interpretation was untenable, and the sheer neurosis of the story had begun to weigh on me. Hence the 4-stars (instead of 5).

The final page of the book mentions Watanabe Kazan: